Need help with something not listed on our website?
Let us give you a quote for exactly what you need.
Call us at the number above, or fill out this form and we’ll get back to you shortly.
Please be sure to include the model number if you have it. 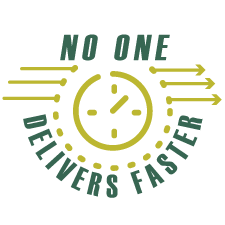 We at Haygor think a little differently than the rest of the industry. We think “outside of the box” allowing us to create solutions for some of the most critical measurement problems faced. We design products and solutions that just work! We took remote diaphragm seals to the next level and solved the one existing problem that the industry has been forced to live with. Do your D/P remote seal transmitters drift? Most likely this is caused by fluctuations in ambient temperature or direct sunlight effects.

No need for costly alternatives such as electronic remote seals or the latest and greatest radar level transmitters that may or may not work. You no longer have to guess what the level really is or take an average. The Haygor Temperature Compensated System solves the drifting problem.

This system will work perfectly regardless of the distance between taps or how long the capillary lines are. It can be used to replace a LevelTrol with 20” tap to tap or be used to measure level in a tank that’s 200 FT tall. Our system works with and complements any brand D/P transmitter on the market and does not affect accuracy or repeatability.

We’ve been providing solutions to the Petrochemical, Oil & Gas, and Cryogenic industries for over 40 years. We think differently than the rest of the industry and believe we can help find the right solution for you.

Unlike a typical balanced, or unbalanced DP remote seal system, the “Haygor” Temperature Compensating System utilizes an additional pair of compensating capillary tubes that are designed to offset excessive differential pressure caused by added ambient temperature to the fill fluid in the main capillaries. To mitigate excessive differential pressure and ultimately drift, the additional compensating capillaries expand at the same rate as the main capillaries and apply the excessive pressure to the opposing diaphragms.

Thermal Guardian is uniquely designed and proven to perfectly complement without impacting performance, response time, or accuracy of the mating pressure instrument.  The secondary diaphragm barrier, combined with its liquid metallic based internal fill and specifically designed cooling fins for heat dissipation, create superior protection never before seen in the industry.

It can be installed with direct mount or capillary mount diaphragm seal systems, attached to gauge pressure or differential pressure and is available with all standard and exotic materials and secondary fill fluids.  Installed with Haygor’s patented Temperature Compensating Diaphragm Seal system creates the “Perfect Diaphragm Seal System,” allowing for extreme process and extreme ambient conditions.

Traditional diaphragm seal systems offer thermal protection up to 600°F (315°C) with some offerings claiming up to 850°F (450°C). However, these offerings all come with “side effects,” inaccurate measurements, slow response times, dangerous fill fluids, etc.  Other ineffective solutions include costly designs that require special installation or heat tracing.  The Haygor Thermal Guardian Diaphragm Seal is not only cost effective but solves one of the most difficult and problematic issues with diaphragm seals and pressure measurement.  This new technology allows for stable and accurate measurement of processes exceeding yesterday’s limitations, creating new ways of measurement without limitations.

Coupled with Haygor’s complete lineup of diaphragm seals, this groundbreaking design and technology is the key to accurately measuring today’s everchanging refining process.

We guarantee you the sale of Original Brands.